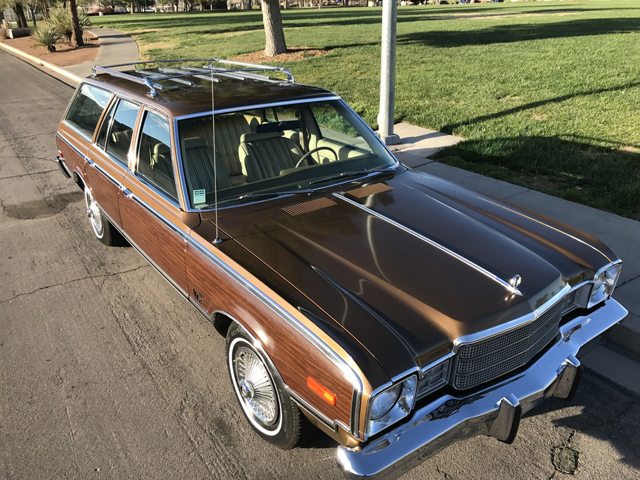 Plymouth Volare’s were notorious rust buckets so finding a pristine example like this one is a rare feat! The dry Nevada air has helped immensely in keeping the rust at bay but this Volare is not only rot free but it’s clear that it has lived a charmed life away from the elements with no evidence of fade or patina. Faux wood wagons almost always have some wood fading but this one looks to be factory fresh. You can find this Volare on Ebay where it is being auctioned at no reserve.

“The new small car with the accent!” Proclaimed Plymouth about it’s compact Volare.  This one owner Volare has just 69,000 miles, has always been garaged, never driven in the rain  and serviced at 3,000 mile intervals. 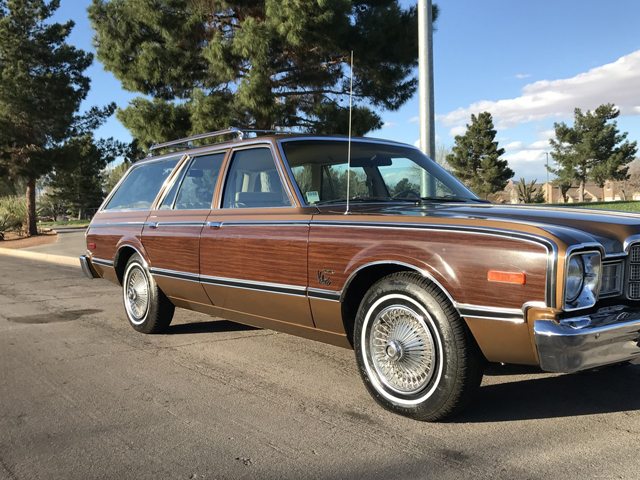 Whoa! When was the last time you saw 40 year old faux wood as fresh as this? Everything about this car tells you that it has been perfectly maintained form day one. 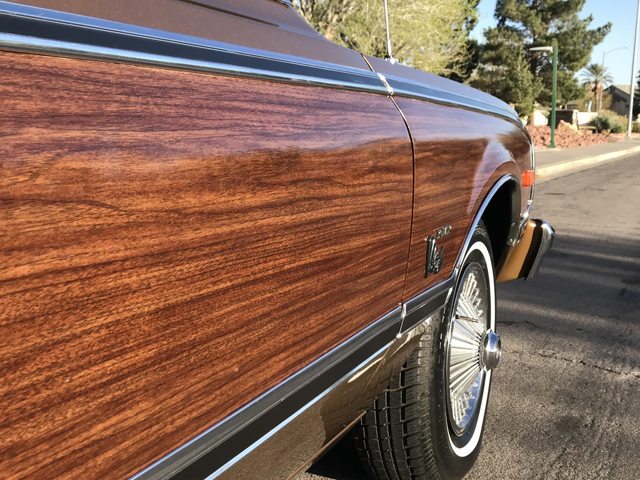 Really not a bad looking 70’s wagon. Well proportioned with lots of glass for visibility and nice wire wheel covers, the biggest styling downfall like almost all post 1973 cars is the bumpers. 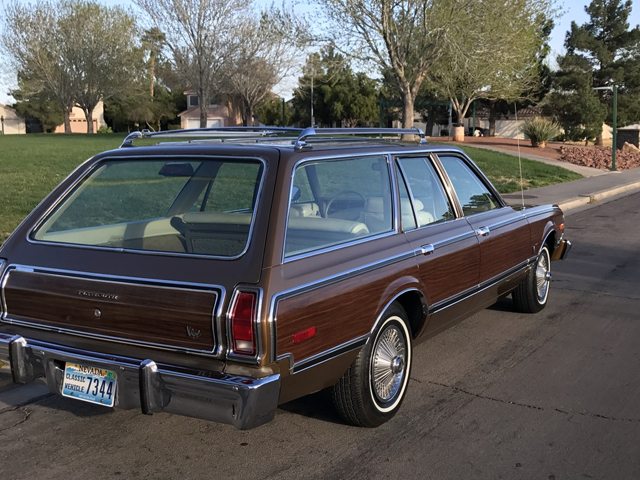 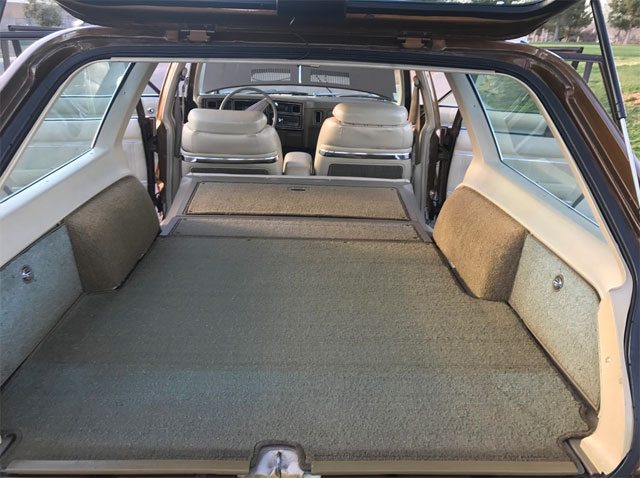 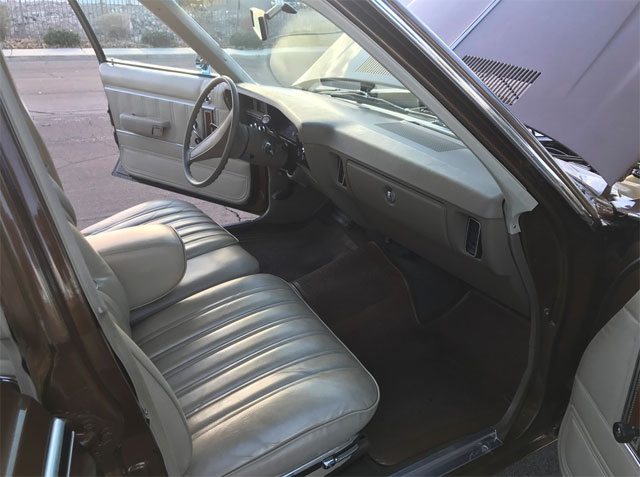 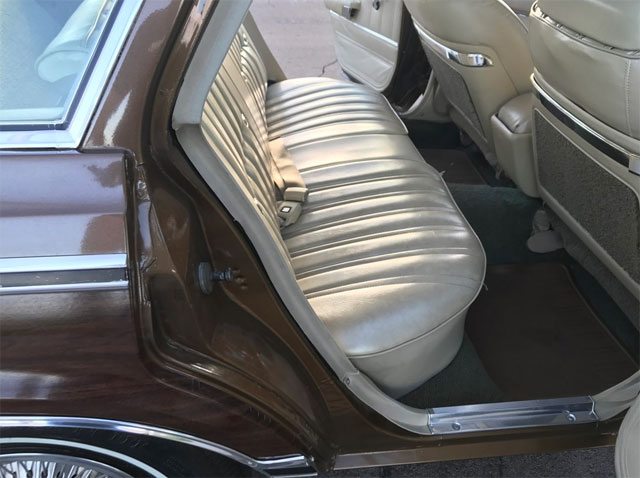 Powered by a 318 V8, the Plymouth is said to be turnkey ready. Everything works as it should including the air conditioning which is said to blow cold. It seems like we’ve been running across a lot of really nice 70’s-80’s Mopar wagons lately and because they’re not highly collectable yet there are some nice buys to be found. At no reserve it’ll be interesting to see what this Volare sells for. 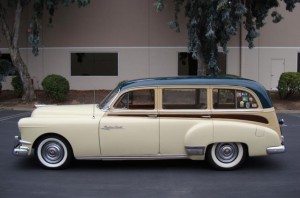 Found on Ebay with a buy it now price of $39,900, this Chieftain wagon looks like a real head turner. Perfect for a trip to the beach or a country drive, the roomy wagon comes with an in-line 8 with plenty of torque and a 4 speed hydra-matic automatic transmission. Given the rarity of this […] 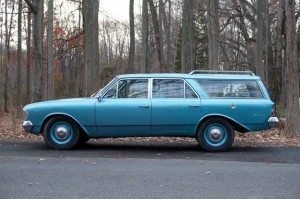 This 1963 Rambler 550 was the perfect family hauler for the economically inclined. 1963 was a good year for AMC, good enough that the Rambler was awarded Motor Trends “Car of the year” Simple clean design was replacing the excess of the fifties and AMC had both good looks and practicality. AMC boasted that it’s […] 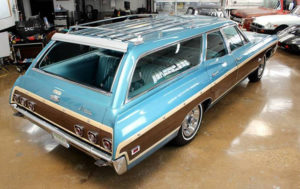 It’s very difficult to find low mileage station wagons but low mileage wagons that are loaded with just about every factory option like this one including a 396V8 are nearly an impossibility. Just 20,986 miles from new this 1968 Caprice can be found in Chicago at Evolve Motors with an ambitious asking price of $54,500. 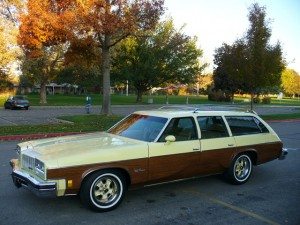 It seems like there has been a plethora of beautiful and original Vista Cruisers for sale lately and this Ebay find continues the Vista Cruiser trend.  Only 49,271 miles from new this wagon comes from Oregon where it has been well preserved due to the dry climate. Plenty of power with a big block 403 […]