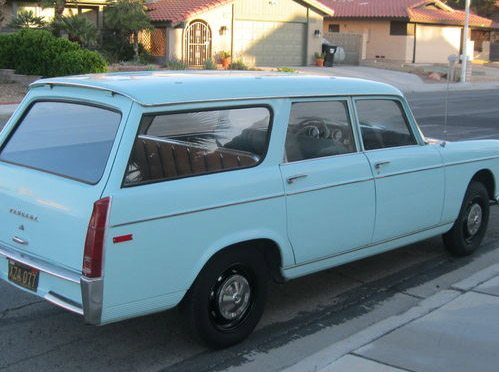 A few weeks ago Jalopnik featured this 1968 Peugeot 404 station wagon on ‘Nice Price or Crack Pipe‘ where internet car finds are voted on by the readers as to whether the car is a good buy at the advertised price. Originally on Craigslist, this cute little French wagon was priced at $2,800 which I along with 71% of the readers agreed was a nice price. After all the car was described as a 62,000 original mile black plate California car that had no major issues and as a bonus came with complete service records. Sure, it’s not much on performance, but the clean styling- especially the grill make it interesting enough for the right kind of driver.

END_OF_DOCUMENT_TOKEN_TO_BE_REPLACED 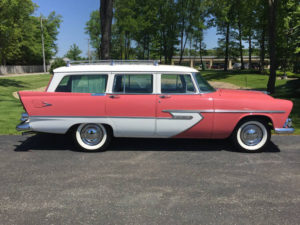 This solid and very original looking 1956 Plymouth has spent most of its life in Oklahoma where the conditions and previous ownership have been forgiving to the car’s condition. Although there has been one repaint everything else about the car looks original and correct. The Briar Rose/White color combination just screams 50’s and the crazy […] 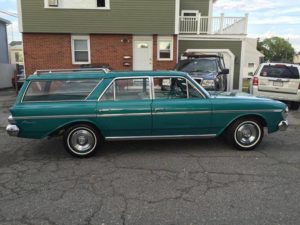 “Come drive it, you’ll love it” is what the Craigslist ad says and you know the seller might be right because based on the pictures I already love this terrific looking Rambler wagon. Starting with the dark turquoise exterior, the clean lines and just enough brightwork and ornamentation it’s easy to see why Rambler wagons […] 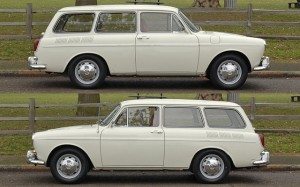 A true time capsule, this Volkswagen Squareback is unmodified and ad original as can be.  Originally sold in Albany Oregon, it has stayed in the area its entire life and clearly has avoided the elements. With the exception of a few paint chip touch ups, the paint appears as it likely looked the day it […] 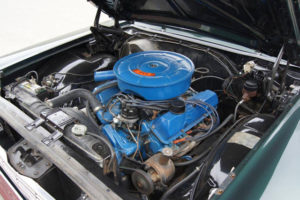 This handsome Ranch Wagon is out of Colorado where it had undergone a frame on restoration. The restoration included the body being stripped to bare metal and new paint applied. A recent valve job, new brakes, new dual exhausts, complete new interior, new windshield, new steel radial tires were also part of the restoration. Found […]