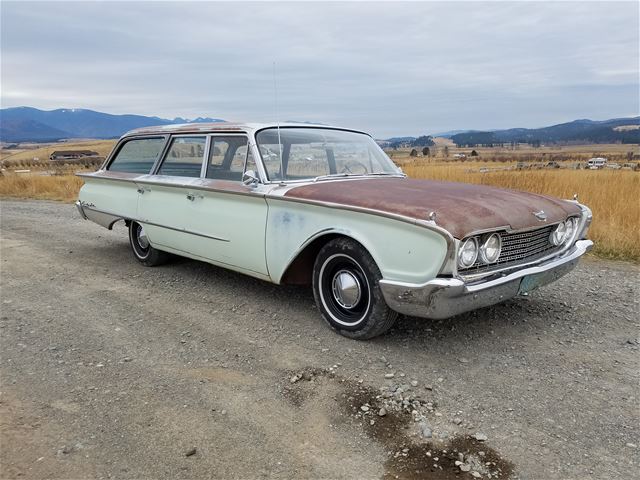 Out of Eureka, Montana comes this 1960 Country Sedan with loads of potential. Now Montana might not be a place you think of as being kind to old cars but I’ve seen quite a few solid bodied cars come out of Montana in the last couple of years and this looks like another one. The seller tells us that there is rust on the front floorpans but otherwise the rest of the car only has surface rust, Found on Collector Car Ads this 1960 Ford Wagon has an asking price of $6,000.

END_OF_DOCUMENT_TOKEN_TO_BE_REPLACED 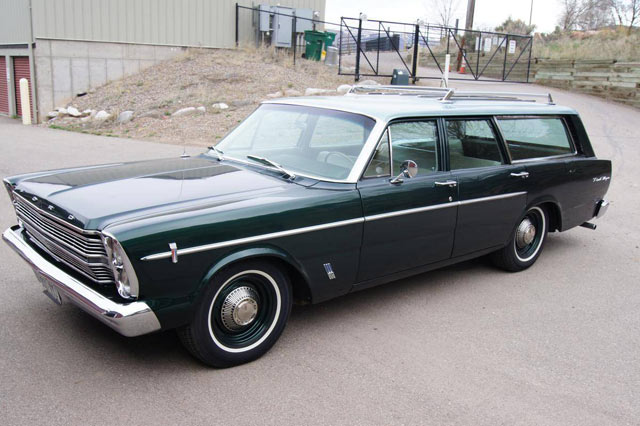 This handsome Ranch Wagon is out of Colorado where it had undergone a frame on restoration. The restoration included the body being stripped to bare metal and new paint applied. A recent valve job, new brakes, new dual exhausts, complete new interior, new windshield, new steel radial tires were also part of the restoration. Found on Hemmings, the owner is asking $19,500 OBO.

END_OF_DOCUMENT_TOKEN_TO_BE_REPLACED 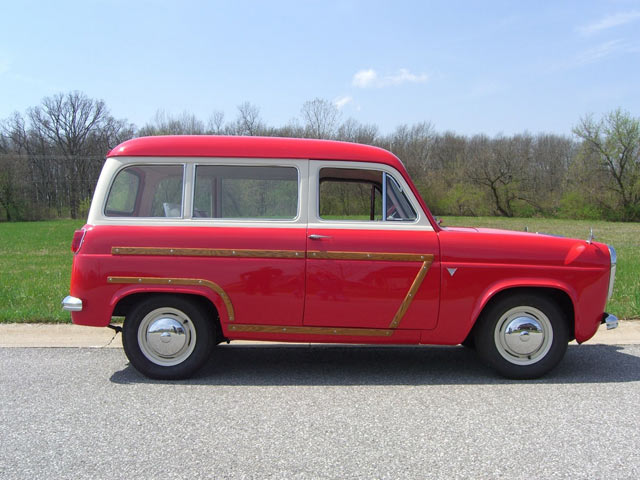 When one thinks of the Ford Squire, a full size top of the line wagon adorned with acres of wood is what most people envision but did you know there was a British Squire wagon as well? Not exactly a spitting image of the American Ford Squire wagons, the British Ford Squire was a compact wagon that competed with the Hillman Husky and the Austin A30/A35 estate wagons.

This LHD Squire was imported to the U.S.but it’s hard to imagine many of these wagons were sold here despite a growing interest in European imports. The seller of this fine Squire has invested $30K in the car but has a BIN price of $18,900. The wagon is listed on Ebay in Crown Point, Indiana.
END_OF_DOCUMENT_TOKEN_TO_BE_REPLACED 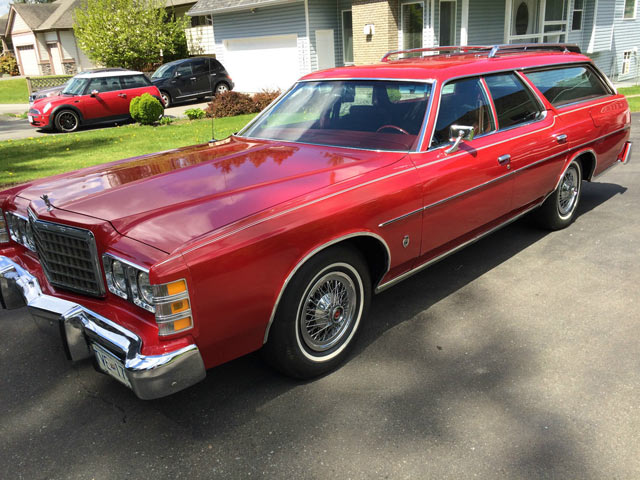 It seems like there’s a plethora of meticulously maintained 1970’s wagons on the market lately and this 1975 Ford LTD is yet another one and one of the nicest I’ve seen from that era. Perhaps the gas crisis of the times relegated this behemoth to garage storage but whatever the reason, this wagon has seen just 57,658 miles and only shows minor imperfections. Listed on Ebay in Westminster, British Columbia it can be purchased for $12,000 but the seller will also consider offers. END_OF_DOCUMENT_TOKEN_TO_BE_REPLACED 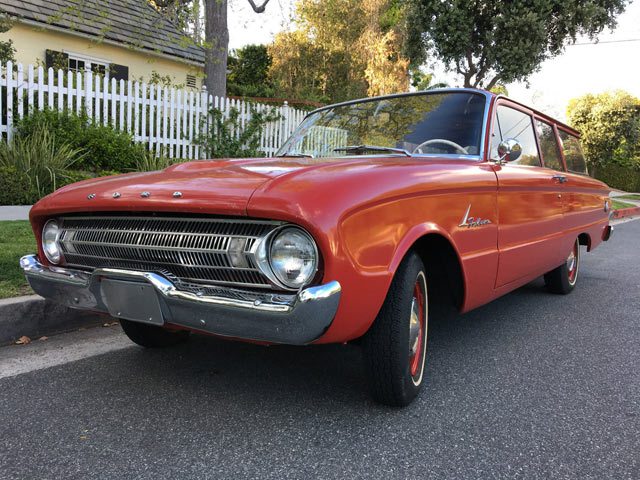 Everything about this Falcon 2 door wagon exudes daily driver. The paint is just OK, there are a few bumps, bruises and scratches. A tire is mismatched and the kick panels are missing. With all that you might think I’m being critical but I wouldn’t change a thing about this car. It’s the perfect daily driver! Plenty of cool factor driving around town but no worries about any of the imperfections. You can find this wagon on Ebay in Beverly Hills, California where the bid was at $2,965 with the reserve unmet at the time of this posting.

END_OF_DOCUMENT_TOKEN_TO_BE_REPLACED 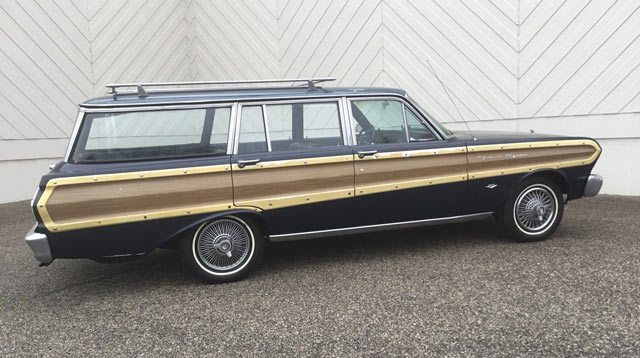 This 85,000 mile Ford Falcon has tons of documentation including the original window sticker, owners card, manual and and repair receipts going back to the 1960’s. The seller purchased the car from an 80 year old man last year and though it’s not clear if he was the original owner it is believed that the car has spent its entire life in Pasedena, California. Listed on Ebay at no reserve, the Squire has plenty of early bidding with the top bid at $5,400 as of this posting.

END_OF_DOCUMENT_TOKEN_TO_BE_REPLACED 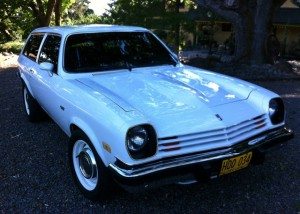 With good styling and economy during a period of rising oil prices gas shortages, Chevy Vegas were very popular in the 70’s but it didn’t take long for quality and rust issues to doom the Vega. Fitted with an inline 4, performance wasn’t impressive unless you went with the Cogsworth option that was offered for […] 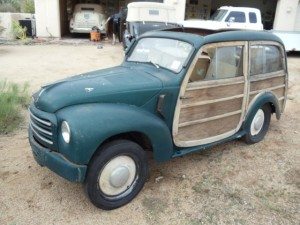 Having never recalled seeing a European manufactured woodie, this Hemmings find is quite a surprise. Priced at $8,995, this 1951 Fiat 500 Giardiniera  is listed as complete and restorable. Currently the engine and transmission reside in rear compartment. Factory brochures and diagrams are included with the car which should help in the restoration. The seller […] 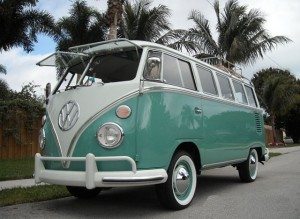 Who knew in 1963 that these Transporters in just a few years would be the ubiquitous choice of transportation for flower children everywhere. Here we have pristine restoration of a 15 window Transporter decked out with a two-tone green and white exterior and a mint green interior. Everything has been either replaced or restored. Found […] 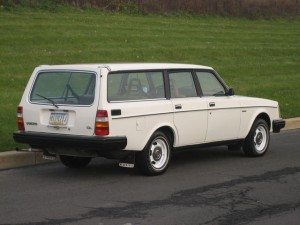 Perhaps the most ominous sign of the death of station wagons in the U.S. was Volvo’s announcement last year that they would no longer be selling station wagons in the States. Volvo wagons were the ubiquitous symbol of suburban practicality during the 1980’s only to be slowly overtaken by today’s suburban symbol: the minivan. Found […]