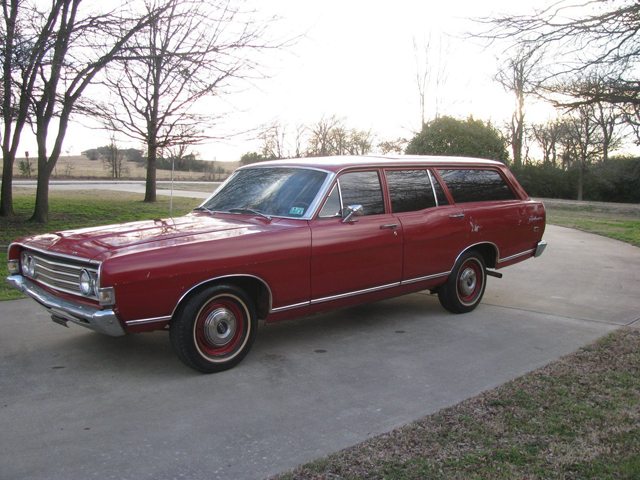 This 1969 Ford Fairlane looks like a nice solid wagon that shouldn’t break the bank for someone looking for a cool driver.  The owner claims that there are just 20,000 original miles but I’m not so convinced. His story has a a little old lady originally buying it and putting just 14,000 miles on it before the second owner put the remaining miles on over many years of ownership. There was a repaint about 20 years ago that shows its age but still good enough to look good as a daily driver. You can find this Fairlane on Ebay in Argyle, Texas.

END_OF_DOCUMENT_TOKEN_TO_BE_REPLACED 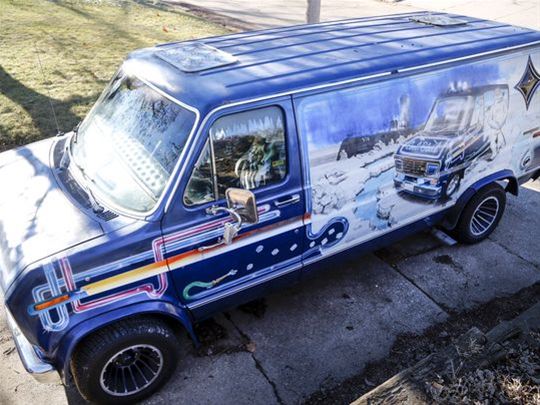 If you didn’t live through the 70’s you may not realize how big the customized van craze became. What began as a way to create a party pad on wheels by personalizing your van space and adding a custom paint job soon turned into a full blown industry of dedicated customizers, van shows, magazines, songs and movies. I remember going to my local drive-in in 1977 to see ‘The Van”, the story of Bobby blowing his college savings to buy a customized 1977 Dodge Tradesman all for the purpose of course to party and get some girls. George Barris actually did the customization for the Dodge and there was also the number one song ‘Chevy Van’ that came out of the movie. I guess ‘Dodge Van’ just didn’t roll off the lips the same way.

Most of these vans were driven into oblivion or if they survived, re-purposed losing their original customized features so it’s fairly rare to see a nicely intact 70’s custom van like this 1976 Ford E-150. The story of “Cool Blue’ is it was originally airbrushed by Iowa artist George Sedlak who became well known for painting many of Evil Knievel’s helmets, motorcycles and jackets. With an asking price of $25,000, this 70’s ‘Shaggin’ Wagon’ can be found on Collector Car Ads in Newton, Iowa.

END_OF_DOCUMENT_TOKEN_TO_BE_REPLACED 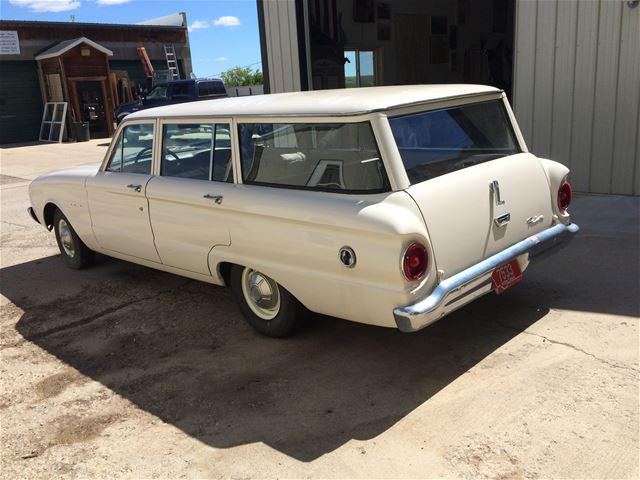 Is it me or does Montana seem to have a nice supply of original classic cars? Out of Shelby, Montana and listed on Collector Car Ads at a price of  $3,150 this is one sharp 1960 Ford Falcon station wagon! Not much of a description is given by the seller other than ‘Three speed, runs good, no major deficiencies.’ The photos show what appears to be a very solid looking Falcon, a car that was the sales leader of American compacts when it was introduced in 1960. The asking price seems a bargain, and if the seller could inspire enough confidence with more pictures and some further detailed information this one might be worth the spin of the wheel to have delivered to your front door.

END_OF_DOCUMENT_TOKEN_TO_BE_REPLACED 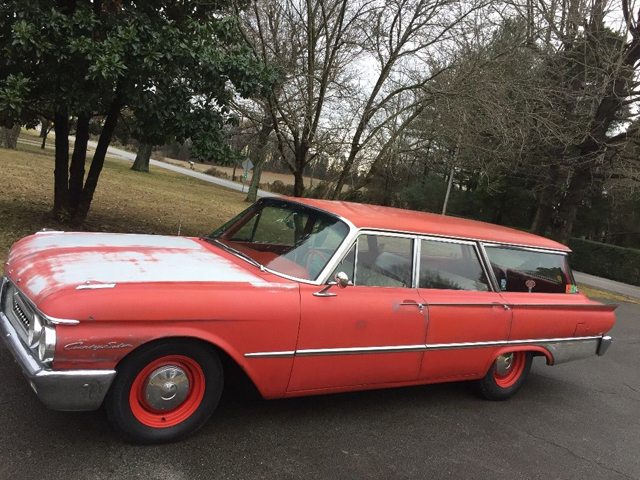 This is the kind of car that at first glance I see an easy restoration. The interior is in great shape. Mechanically the car is described as being trouble free and the body is straight and relatively rust free with the chrome and brightwork looking very nice as well. A good paint job and a little bit of detailing and this Ford wagon will be near its original glory. On the other hand the patina looks great so why bother? You could have yourself a great car as is and enjoy the 56 years of built up character. Find it here on Ebay where at the time of this posting there has been heavy bidding.

END_OF_DOCUMENT_TOKEN_TO_BE_REPLACED 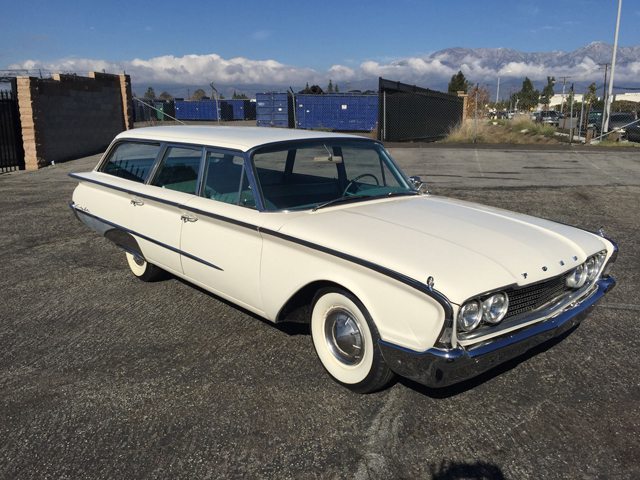 The mid level offering from Ford’s full size wagon lineups, this 1960 Country Sedan appears to have lived a pampered life from birth. Listed on Ebay the seller gives little information about the wagon’s history other than it seems to be in all original condition with the exception of one repaint. No information is given about the running condition but the mileage is showing a hair under 100K.

END_OF_DOCUMENT_TOKEN_TO_BE_REPLACED 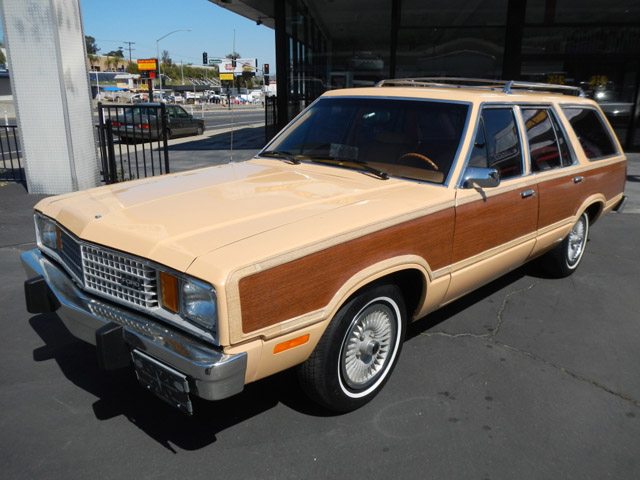 When the oil embargo hit in 1973 Detroit was ill prepared to offer consumers economical cars to counter skyrocketing gas prices. The Ford Fairmont, introduced in 1978 symbolized Americas shift from gas guzzling boats to a more practical means of transportation and the Fairmont became an immediate hit becoming one of the most successful first year models of all time.

This 1979 Fairmont station wagon found on Ebay is said to be a one owner car 40,450 original miles and based on the pictures that reveal a very original looking engine bay and a solid and clean underside it’s clear that this is a low mileage car. The car is said to drive very nice and straight without any leaks. The factory air, power windows and radio all work without any issues. The interior looks clean with minimal wear. The seller says the seats are leather but we’re not sure leather was an option on the Fairmont so we’re not convinced.

The exterior looks very clean with minimal wear and some bubbling to the vinyl paneling. Though not a car that would be a hit at the car shows, This Fairmont would make a great driver that has enough of curiosity factor to make it interesting. The seller has a BIN of $10,000, but we think a realistic price is less than half that.

END_OF_DOCUMENT_TOKEN_TO_BE_REPLACED 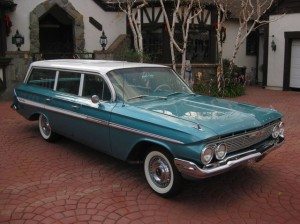 Found on Ebay is this Beautiful top of the line 9 passenger 1961 Nomad wagon being offered at no reserve. The seller says it is an “F” code car meaning it was originally equipped with a 2bbl 348 V8, but is now powered by a 283V8. It is also said to be an original “air” […] 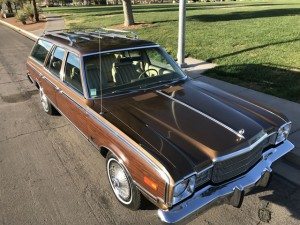 Plymouth Volare’s were notorious rust buckets so finding a pristine example like this one is a rare feat! The dry Nevada air has helped immensely in keeping the rust at bay but this Volare is not only rot free but it’s clear that it has lived a charmed life away from the elements with no […] 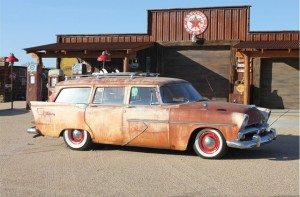 The recently concluded Barrett-Jackson auction in Scottsdale saw roughly 1,300 cars go through the auction block, 21 of these were station wagons, many of them Nomads and customized wagons. Here are the wagon aution results: 1956 Plymouth Suburban. SOLD $17,050 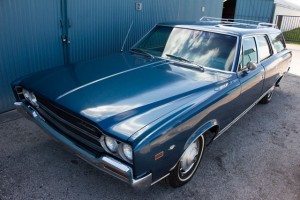 This mostly original AMC Ambassador Diplomat was the top of the line offering from AMC in 1969. Located in Orlando, Florida and posted on Ebay in a no reserve auction there is plenty to like starting with the crisp conservative styling that was a hallmark of most of what came out of American Motors in […]