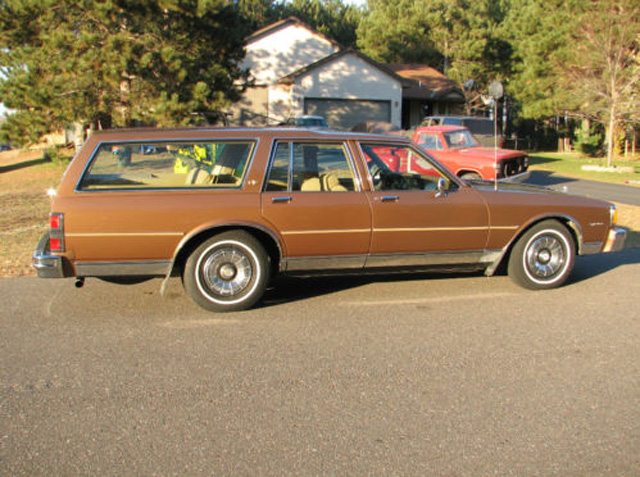 I’m a big fan of super low mileage cars. There’s usually a nice story behind how a car remained undriven for so many years usually along the lines of man buys car, dies a few years later, wife can’t drive, car sits until being discovered decades later. This 1985 Chevrolet Caprice Wagon found on Ebay has no explanation of how its only clocked 6,015 miles over a 26 year period. We do see a few clues in the vehicle history report. The report show the car was titled in 1991, possibly for the first time. The registration was occasionally renewed over the next 20 years- evidence that the car sat undriven during this period. On 7/24/2008 the Caprice was sold at auction with 5,915 miles on the odometer.

With a buy it now price of $10,500 the car can be purchased for about the price of what it cost back in 1985. It’s hard to imagine these will ever become big time collectable cars, so if you buy it do you use it as reliable daily driver or store it and keep it as new? For me it would be the perfect flashback wagon for daily use.

END_OF_DOCUMENT_TOKEN_TO_BE_REPLACED 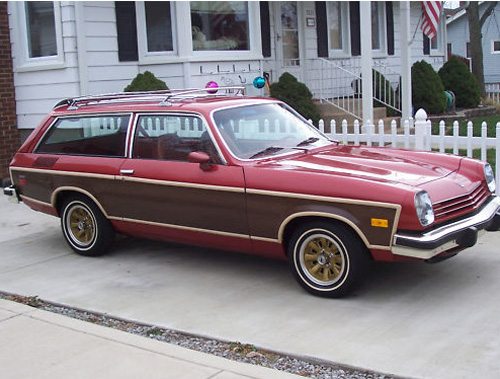 Out of a Chevy dealers private collection,  this 3,950 mile 1977 Vega is basically brand new and the seller has the supporting paperwork to back his claim. With an Ebay price of $9,950 this is the perfect car to buy and just drive. You should  have several years of relatively trouble free driving and plenty of lookers wondering how you could possibly have a rust free Vega!

The Vega comes with the owners manual, copy of the certificate of origin, the window sticker, the EPA sticker and the cardboard visor slide with your key removal instructions. The Vega is also loaded: every option available except for cruise control.

END_OF_DOCUMENT_TOKEN_TO_BE_REPLACED 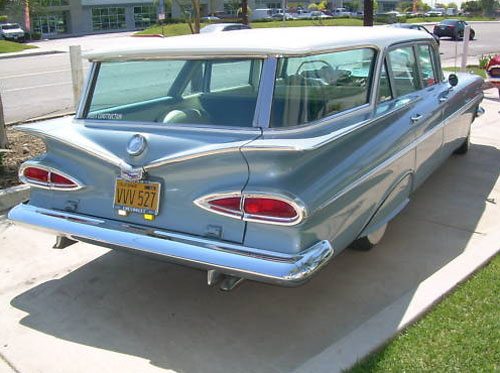 Implementing the massive  Chevrolet gullwings into the 1959 station wagons  couldn’t have been an easy task for Harley Earl and his design team but one look at a 1959 Chevrolet wagon and there is no mistake of the make. This middle of the line and short lived Parkwood,  found on Ebay is a stunning California example. Equipped with  the original 283 V8, a 350 transmission, power steering, power brakes, the wagon was recently disassembled, painted and color sanded to perfection. The blue and white two-tone colors match the interior that was redone in all original materials.

END_OF_DOCUMENT_TOKEN_TO_BE_REPLACED 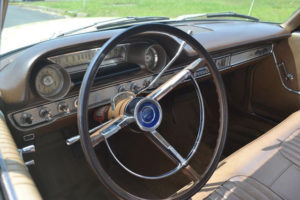 Usually short descriptions and limited pictures are what you might find on Craigslist ads but this 1964 Country Squire Ebay ad of few words has me both intrigued and frustrated! The seller simply states: “This beautiful piece is completely preserved, never restored, everything works, is 100% original.” 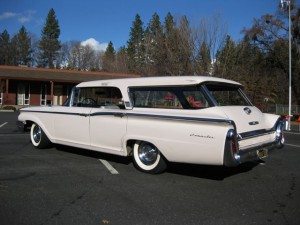 These are rare cars and to find a California black plate survivor with the original Summer Rose paint makes this a special find.  Found on Ebay, the owner states that with the exception of having the seat inserts and front upholstery redone everything is original and in working order. This car would be perfect as […] 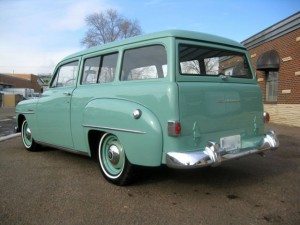 This 1952 Plymouth Suburban found on Ebay is a no frills family hauler but the impressive restoration and the fact that you rarely see these makes this a pretty nice wagon find. The seller stated that a full nut and bolt restoration was completed in December of 2011. It also comes with complete documentation going […] 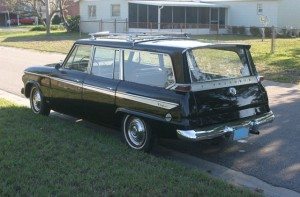 With only fifteen 1963 Studebaker Wagonaires equipped with the R2 supercharged 289 this is indeed a rare wagon. Add to it a 4-speed manual transmission and it is likely that the remaining ’63 Wagonaires with this powertrain combination can be counted on one hand. Mostly reserved for the Avanti, the R2 could be ordered for […]